The raging controversy over who should collect Value Added Tax (VAT) between some state governments and the Federal Inland Revenue Service (FIRS) has created uncertainty that could disrupt investors’ plans, some analysts have said.

Patricia Williams, a partner at Bowmans, a South African law firm in a presentation at a webinar organised by the Nigerian-British Chamber of Commerce (NBCC) last Thursday, said the controversy could further constrain Nigeria’s ability to attract new investments.

“One of the key issues for multinationals regarding taxation is certainty. Investors plan by factoring in the relevant taxes that they are going to pay in a jurisdiction and changes that have not been anticipated are potentially quite damaging,” Williams said.

Williams said a perceived internal dispute among different government tiers over the ability to impose taxes could create more uncertainty, which can be bad for investments.

Africa’s biggest economy has struggled to attract sufficient foreign investments since 2015, ceding the spot as one of the continent’s top investment destinations to peers with far lower market sizes.

According to the National Bureau of Statistics (NBS), the total amount of foreign investment into Nigeria slumped to the lowest level in four years in the first six months of 2021 to $2.78 billion, a 61 percent decline compared with the $7.15 billion invested in the same period of last year.

Similarly, Gbolahan Ologunro, a senior research analyst at Cordros Securities, said in a telephone interview that the more we begin to see these uncertainties, the more it would hinder the free flow of investments into the country. “Businesses don’t like uncertainty, whenever you see indications of it, it usually affects investment decisions,” Ologunro said.

This VAT war has left businesses confused over how to pay the VAT and to whom. In Rivers State for example, the state government has signed into law its VAT Law No. 4 of 2021, making it legally binding on businesses operating in the state to pay to the state tax authority.

Nyesom Wike, its governor, cited the ruling of a Federal High Court in Port Harcourt that ceded the right to collect VAT and Personal Income Tax (PIT) to state governments as against FIRS.

Read Also: VAT dispute is constitutional, not capacity of states to collect 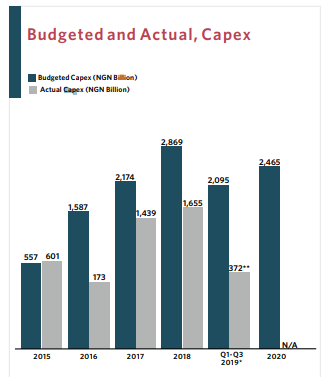 In Lagos, the government is insisting it is its prerogative to collect VAT. Also citing the ruling of the court in Port Harcourt, Moyosore Onigbanjo, the state attorney-general and commissioner for justice, said their VAT-enabled law would come into effect in a few days. In spite of this, the FIRS has insisted on collecting VAT.

A tax report by PricewaterhouseCoopers, a multinational professional services network of firms, stated that taxation affects investment decisions but the risk is not whether tax would be paid, it is the uncertainty of what, when, how and how much.

“Ironically, what businesses and investors need, as a matter of priority, is not tax incentives; it is the removal of tax disincentives,” according to the tax report.

Also present at the webinar was Olisa Agbakoba, a senior partner at Olisa Agbakoba Legal (OAL), who said the constitution governs what the states and Federal Government can do and that nobody quite knows who is right on the matter.

“We are waiting for the Supreme Court to make a category announcement about the way to go. But our own recommendation is that the legal solution is not viable, this thing should be solved politically,” he said.

Williams therefore called for a quick resolution of the dispute to foster certainty into the investment space, saying, “Try and resolve it internally as quickly as possible before it becomes a matter for the courts as they are now.”

The virtual event, which had the theme ‘Fiscal Federalism and the VAT Conundrum,’ provided an opportunity for stakeholders to highlight the threat posed by the ongoing VAT war.

Over the past one month, the Federal Government has been locked in a legal battle with the Rivers and Lagos state governments over who should collect VAT. Other states in the country are also considering enacting their own laws to collect VAT in their states.

According to Wike, the collection of VAT by a Federal Government agency in Rivers State and distributed to other state governments negates the principle of justice and fairness.

Some analysts have also said that centrally collecting and sharing the proceeds on criteria that range from geographical size and population of a state, removes the incentive for poorer states to enact progressive policies that will help shore up their own internally generated revenue.

‘Procurement is an enabler to drive shareholders’ value, not just cost savings’

To be updated with all the latest news, offers and special announcements.

To be updated with all the latest news, offers and special announcements.